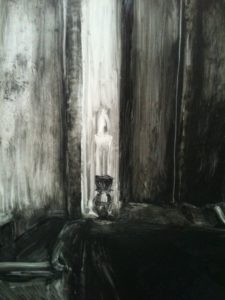 In weeks three and four of the course we have been exploring ‘Composition and Relationships’ through reductionist drawing/painting.

In Week Three we added leaves to our stones, dicussing it a metaphorical symbol for autumn, the passing of the seasons and a symbol of transience. Tonal drawings of the leaf we followed by a longer drawing in the afternoon of both objects. The students were to set up chose their own simple compositions combining a stone and leaf. 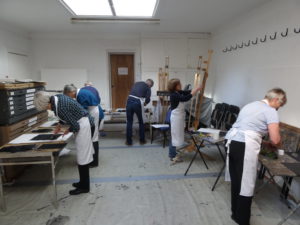 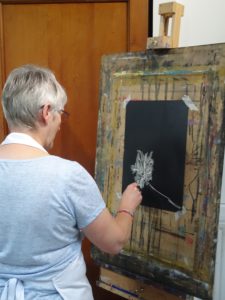 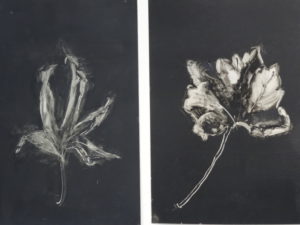 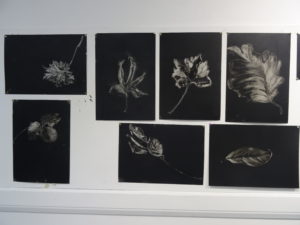 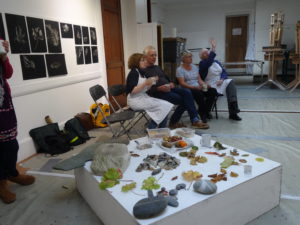 In Week Four we continued to work in the same technique, but this time working on one  A1 drawing from a still life. The still life combined found stones, carved heads by Roland Bean, a stone font,  autumn leaves, other objects – a jug of water, candles and a dish of anointing oil. The class began with a discussion on the possible symbolism that each individual object or related objects suggested. The slide lecture considered artists from 17th Century Vanitas genre and Degas’s monopronts. 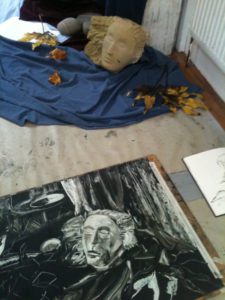 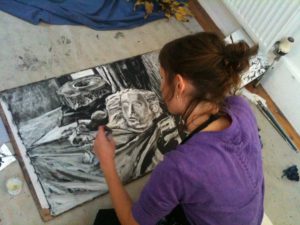 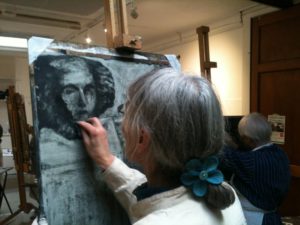 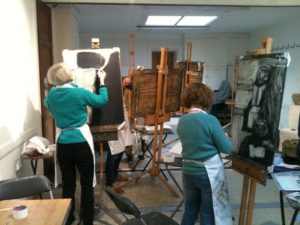 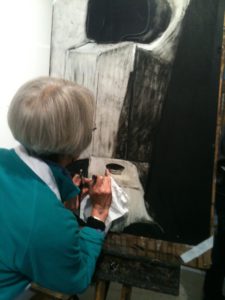 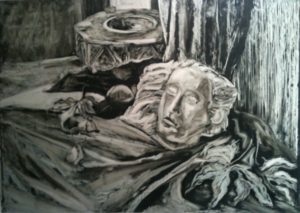 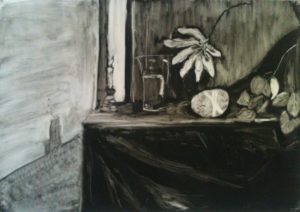 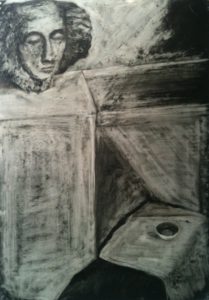 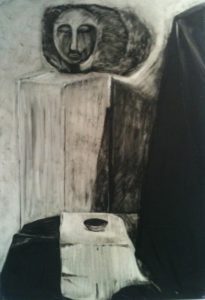 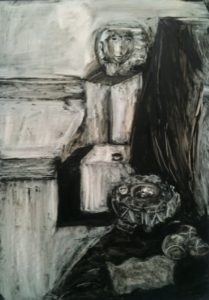 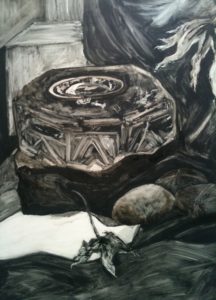