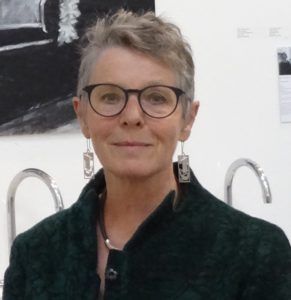 Therese joined the Trustees at the beginning of 2015. She has both attended and helped at several Soul Marks workshops and events over the years. She was one of the first students to take the Art and Spirituality course at Leith School of Art and recently finished her second year as a student on the School’s Drawing Course. Currently, Therese is presently a student on the Growth in Prayer and Reflective Living Course run by the Epiphany Group. Therese retired in 2011 as the Administrator of Leith School of Art after working there for nearly 20 years. She also brings experience as a Board Director: Board Member and then Vice-chair of Castle Rock Edinvar Housing Association as well as Chair of its Care Company (Places for People Scotland) prior to her retirement. 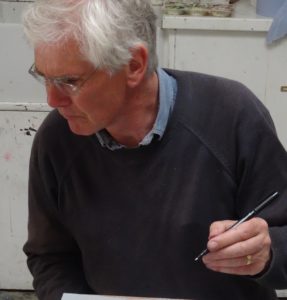 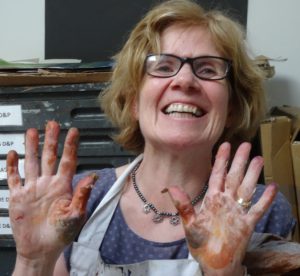 Jacqui and Roland live in Perth where Jacqui was a primary teacher spending much of her career teaching drama and Roland was Head of Planning for the local council. They have a deep interest in the visual arts and in particular art and worship. Since taking early retirement they have both completed Masters degrees in Theology, Imagination and Culture at Sarum College, Salisbury, and were students on the Art and Spirituality course at Leith School of Art (2016-2017) 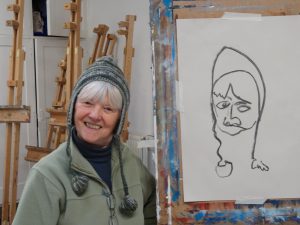 After graduating from Duncan of Jordanstone College of Art, Margot worked for two years as a costume designer/wardrobe mistress at Dundee Repertory Theatre. She then taught art in Wick High School for four years. Returning to Dundee she took up a post doing in-house graphic design for Abertay University. She has attended many of Carol’s Art & Prayer workshops and was a student on the Art & Spirituality Course 2015-16 at Leith School of Art. Happily retired she currently lives in North Fife.

Sheila lives in Edinburgh and worked as a primary school teacher. Art has always been a massive part of her life and she loves finding ways to combine her Christian faith with art. She discovered Leith School of Art in 1991 and has done many of Carol’s courses on Art and Prayer, including two year-long Art and Spirituality courses at LSA, and now loves the online courses too.

She has been a trustee of the Abernethy Trust and the Dr Guthrie Association. She also volunteers with L’ Arche, The Superpower Agency (a literacy charity in Edinburgh) and many activities at St Paul’s and St George’s Church.

“Sandy is the minister of Mayfield Salisbury, a Church of Scotland congregation on the south side of Edinburgh. He is also a Senior Teaching Fellow at New College, the School of Divinity at Edinburgh University, specialising in Practical Theology. His PhD was on dynamic movements in mission in Scotland in the post-war years, later published as Mission by the People. Before theology and ministry, he was a court lawyer, for many years an advocate at the Scottish Bar.

During ministry training, he first encountered the depth and inspiration of installation art in a worship context, and the work of Carol and Soulmarks. He has been an enthusiastic supporter and participant ever since, and so is delighted to have become a Trustee in 2021.”