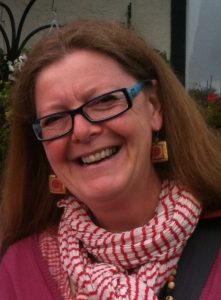 Dr. CAROL MARPLES  is the artist and development worker for the Soul Marks trust. Since SOUL MARKS was established in 2003 Carol’s ministry has taken her to many places. The work has included creating large-scale artworks with local and international communities, and leading a variety of workshops, projects and worship in conference centres, church halls, barns, cathedrals and tents in many other unexpected places.

Carol graduated from Edinburgh College of Art in 1988 with a BA (Hons.) in Tapestry. Since then she has regularly exhibited her own work, taught, and led workshops for all ages and abilities in textiles, drawing and painting in Scotland, Europe and North America.

From 1990 onwards she has led workshops for conferences, retreats and churches both locally and globally. Examples include: Faith and Light International Conference (Canada, 1997) and L’Arche International Conference (France 1998), Loaves and Fishes, Scottish Episcopal Church Retreat (Edinburgh, 2004), ‘Danger Arts at Work,’ Louisville Seminary, (Kentucky, 2010), Oxford Clergy Conference, (Derbyshire 2018), Liturgical Artist in Residence, St. James Episcopal Church, Edinburgh (2007-2011), Art and Worship Development Worker for the Church of Scotland Priority Areas (2004-2010), Artist, Liturgist and co-leader of the annual Edinburgh Sick Kids Memorial Service (2004 -2019). Carol has also taught people of all ages and abilities with L’Arche (both locally and internationally),  in a variety of Community centres in Edinburgh and at Leith School of Art since 1993, latterly as the course leader for the Art and Spiritualty course (2014 -2018).

In 2011 Carol, supported by Soul Marks, returned to full-time study at St. Andrew’s University completing an MLitt in Theology, Imagination and the Arts (distinction) in 2012, and a  PhD in 2019. Her PhD research topic explored Contrasting Examples of Liturgical Installation Art in Christian Worship in England and Scotland from the 1980s to Present Day. 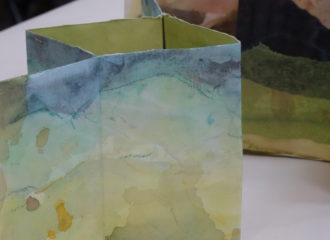 The Art and Spirituality Course at Leith School of Art (THIS COURSE IS NOT PRESENTLY BEING OFFERED AT LSA. For any updates please subscribe to our mailing list: ps://soulmarks.us18.list-manage.com/subscribe?u=fac21c6c83d0c7e3e1fd94ffb&id=3471228dd9) The course is a one-year practical art course and runs from the beginning of Sept – June. It takes place one day per week 9.30am- 4.30pm This course…

END_OF_DOCUMENT_TOKEN_TO_BE_REPLACED 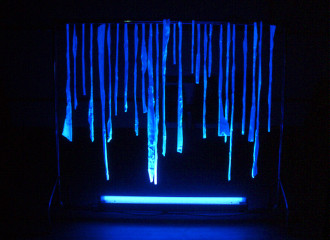 PhD (2012-2019): CONTRASTING EXAMPLES OF LITURGICAL INSTALLATION ART IN CHRISTIAN WORSHIP IN ENGLAND AND SCOTLAND FROM THE 1980S TO THE PRESENT DAY The research of this thesis aims to explore why and for what reasons installation has been employed in contemporary worship. It will ask, can worship be enhanced through the utilisation of installation art, and whether…

END_OF_DOCUMENT_TOKEN_TO_BE_REPLACED 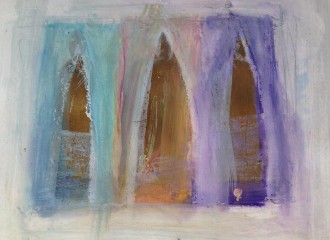 Carol graduated from Edinburgh College of Art in 1999 with a BA (Hons) degree in Tapestry. The course was very fine art based and since then as well as creating woven artworks she has created large scale installations. She also works in mixed media, drawing and painting. Great Suffering, Great Hope  (Lent Series 2020) Calm in…